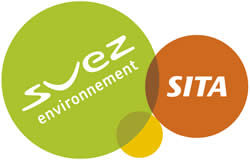 SITA Sembcorp UK – a consortium led by SITA UK, part of SUEZ Environnement – has been selected as preferred bidder for a resource recovery contract worth £1.18 billion over 30 years with the Merseyside Recycling and Waste Authority.

The contract is to manage over 430,000 tonnes of residual household waste each year from Merseyside and Halton. The other consortium members are Sembcorp Utilities UK and I-Environment, part of Itochu Corp.

The deal includes the design, build, finance and operation of two facilities which both have planning permission in place: a rail loading waste transfer station in Merseyside and a new purpose-built energy-from-waste facility in Teesside. Both units are expected to be operational by 2016

Total capital investment for the two facilities will be around £250 million. Around 75 permanent new jobs are to be created by the contract with hundreds more temporary jobs during the construction of the two new facilities.

The rail loading waste transfer station will be developed at an existing rail-linked warehouse in Knowsley Industrial Estate.

From where, waste will be transported by rail to the new 450,000 tonnes per year energy-from-waste facility, which will be developed on a rail linked site at Wilton International – a 2,000 acre industrial estate managed by Sembcorp Utilities UK near Redcar on Teesside.

The energy-from-waste facility will generate electricity for the equivalent of 63,000 homes and has the potential to provide steam directly to adjacent business customers, which would further improve its efficiency.

In total, over 90% of the contract waste managed by the SITA Sembcorp UK consortium will be diverted from landfill and used to produce energy.

"The two new facilities that we will develop will enable all of Merseyside’s household waste to be put to good use. We will create over 70 new full time jobs in Merseyside and Teeside and several hundred more during the construction of our new resource recovery facilities," said David Palmer-Jones, CEO of SITA UK.

Cllr Joe DeAsha, chairperson of Merseyside Recycling and Waste Authority added: “The appointment of SITA Sembcorp UK as our preferred bidder marks the beginning of an important chapter in the way Merseyside and Halton deals with its resources. I believe that the solution we have chosen is the best for the environment - saving natural resources, generating green electricity and providing value for money for taxpayers.”

SITA UK has developed a number of PPP (public private partnership) contracts across the UK including: Surrey, South Gloucestershire, Kirklees, Cornwall, Northumberland, Aberdeen, the Isle of Man and Teesside.

In September 2010, SITA UK signed a PFI (private finance initiative) contract with Suffolk County Council worth €1.2 billion over 25 years. In April 2011, it signed a PFI contract with the South Tyne and Wear Waste Management Partnership worth over €850 million including third party waste and sale of electricity).