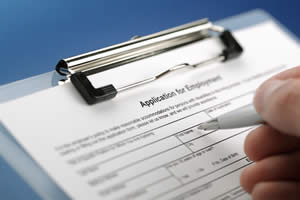 Total has approved a €1-billion modernisation project for its Antwerp production facilities – part of a strategy to develop in its largest integrated refining and petrochemical production sites.

The upgrade programme includes two major projects, which will be implemented in the near future: a new refinery upgrading complex and a plant to convert low value refinery fuel gases into feedstock.

The upgrading facility is to comprise a solvent de-asphalting unit and a mild hydrocracking unit. Intended primarily to convert heavy fuel oil into desulphurised diesel and ultra low sulfur heating oil, the planned complex responds to the shift in demand toward products with a lower environmental impact. The facility is to start up in early 2016.

The fuel gas conversion unit will produce low cost petrochemical feedstock, replacing expensive oil-based naphtha. By further enhancing the integration between the platform’s refining and petrochemical units, this project will increase the competitiveness of the latter, said Total. The facility is due to start up in early 2017.

The modernisation also involves the closure of two existing production facilities will be shut down, as they are no longer competitive in the world economic environment:
The smallest and oldest steam cracker, currently idled for lack of markets, will be permanently stopped and dismantled.

The smallest and oldest polyethylene production line will be closed at end-2014, once an investment in other polyethylene lines to produce a new range of polymers has been completed.

The aim is to develop the Antwerp facilities into one of the most profitable platform of the refining and chemicals business of Total, explained Patrick Pouyanné, President of Total Refining & Chemicals.

“With this investment, Total is demonstrating not only its commitment to maintaining its position as a competitive industry leader in Europe and but also its ability to adapt to market trends by reducing its production capacities and emphasizing higher value-added products that meet the most stringent environmental standards,” he said.

Total said the Antwerp platform’s workforce would remain unchanged at around 1,700 people. Employees working in the facilities scheduled for shutdown will all have the opportunity to further develop their careers at the platform’s newly created production facilities.