The Steel Committee has been meeting with Jingye representatives to discuss their business plan and in particular their proposals relating to employment.

As British Steel is in liquidation any new owner could just offer new contracts with statutory minimum terms & conditions. There is no legal obligation to do more, nor to consult on any changes. These talks also took place in the context of the Special 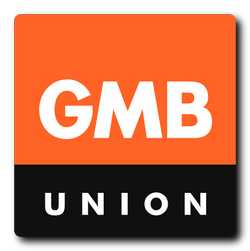 Managers having made it clear that there will not be another sales process for the whole business if the Jingye deal does not complete. British Steel would be broken up and sold in parts.

Importantly, the employment package is also in the context of Jingye’s £1.2 billion investment plan. We have seen the detail and this investment would transform the business and secure the future of British Steel.

Over the past ten days there have been detailed discussions and a lot of back and forth between the unions and Jingye but we have reached a point where there is an outcome regarding employee pay, terms and conditions. These discussions have been extremely challenging but with British Steel in liquidation it is clear that if the business is to survive change is required.

Yesterday senior union reps from across the business unanimously endorsed the package in principle as part of the overall business and investment plan. Full details of Jingye’s proposals are now being drawn up.

As was widely expected, Jingye also intend to reduce overall headcount. This could be by up to 500 jobs, though significant numbers have recently left the business, and will be subject to ongoing detailed discussion at departmental level. This is not something that the unions could endorse and we have made the argument that the business needs to ensure the plant can be run efficiently and safely.

We have consistently advised that for the sale to complete and for the business to be successful under new ownership, retaining high quality jobs with good terms and conditions would be vital.

Therefore, we felt it was important that the unions engaged fully to shape Jingye’s proposals on the employment package. The unions adopted a number of principles through the discussions. Key points being ensuring any changes do not disproportionately affect employees differently, protecting shift premia and avoiding reductions in regular take home pay. We believe we have secured a broadly positive outcome on each of these points.

The sale to Jingye is now firmly in sight and we would encourage all stakeholders in the business to focus on reaching a positive conclusion.

“In endorsing this package in principle, the trade unions believe they have struck the right balance between delivering cost savings and maintaining jobs with decent terms and conditions to drive the new business forward. It also includes a positive and innovative business plan for the future, which hopefully will secure employment for many years going forward.”

“We used the opportunity to shape Jingye’s proposals in the best interests of our members. Faced with challenging circumstances we believe that the dialogue between Jingye and the unions has produced a better deal for employees than what was otherwise on the table. We look forward to working with everyone to securing the future of British Steel under Jingye’s ownership.”

“Everyone wants to see British Steel survive and thrive. Crucial to that will be Jingye delivering on their ambitious investment plans. If employees are making sacrifices, then they need to see that this is done in return for investment that can make the business successful and secure jobs for the long-term.

The steel industry encompasses a large number of very different processes, from the smelting of the raw materials to the...

Clariant, a world leader in specialty chemicals, has announced a significant investment to expand its plant in Casablanca, Morocco and...

EVENT - CWIEME returns to Berlin for the 18th year running

CWIEME Berlin, the world’s largest and most comprehensive event in the coil winding, insulation and electrical manufacturing industry, returns this...

While the UK's Office of National Statistics reported a surprise 4% dip in construction output and flat growth in manufacturing...

ArcelorMittal recently approved a EUR18m investment to upgrade the continuous casting line at its Industeel Belgium site in Charleroi. The new...

The VIKING™-2 Helmets offer the best optical clarity in the welding industry today Lincoln Electric has developed a new generation of...

CONTI-AIR® Black Sticky presented for the first time at METPACK in Essen • New development for high-quality sheet iron and...

It’s a fact that relatively few machine tools are acquired direct from the manufacturer as a complete, turnkey package. Indeed,...

Powell Electrical Systems Inc., Delta/Unibus Division has reduced the process time taken to selectively plate each side of its copper...

This non-contact measuring solution opens tremendous potential to tube and rod manufacturers for in-line quality assurance - and is achieved...

WELDING - Passionate about pressure for 30 years

Makers of seamless pipe, tube, profiles and bars now have access to ZUMBACH gauges, which have just been enhanced, now...

The appetite for metals and minerals is growing. As demand increases with the growth in global population and the emergence...

Fine Tubes, a world-leading manufacturer and distributor of precision tubes for critical applications, is delighted to announce that it has...

ArcelorMittal plate mills in Burns Harbor, Coatesville and Conshohocken are supplying 160,000 tonnes of high performance steel that will be...

In the field of plastic injection molds, producers are very careful when it is time to decide which basic material...

Clariant, a world leader in specialty chemicals, held a ribbon-cutting ceremony on April 10, 2014 to mark the opening of...

ABB's new safety PLC has provided the platform for Sandvik Materials Technology to add zoned safety guarding to a large...

Smartline SA-S combines excellent precision and highest stroke rates An Asian manufacturer has placed an order with Schuler for a press...

PKD Precision Sheet Metal Ltd, a leading subcontractor based in Stoke-on-Trent, has installed a new TRUMPF TruPunch 3000 S11 with...

Work on the final phase of Keighley Laboratories’ ambitious new heat treatment facility is nearing completion, with its state-of-the art...

Atlas Copco has won a contract to deliver a number of large range Pit Viper rotary blasthole drills to Chilean...

Weld Purge Monitors® are an essential tool for the Process Industry, with various models serving different levels of weld purge... 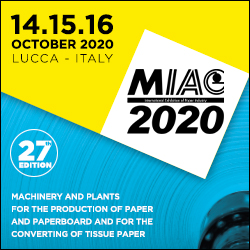