Wood Thilsted positively sets its stall out to be No.1 in America for offshore wind foundation design

Following its very warm reception at the recent International Partnering Forum (IPF) in Virginia - hosted by the Business Network for Offshore Wind – Wood Thilsted has underlined ambitious plans to secure the largest market share of foundation design in the USA. 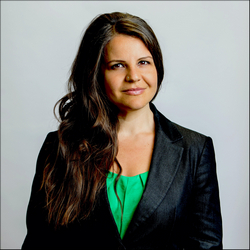 Hannah Abend - Chief Operating Officer at Wood ThilstedEstablished in 2015, but with a wealth of experience in its fast-growing team of structural and geotechnical experts, Wood Thilsted (who already have an office in Boston) is playing a key role with Vineyard Wind I, America’s first commercial-scale offshore wind farm.

“Long-awaited political support and the development of the supply chain is extremely positive for the growth of offshore wind in the U S”, says Wood Thilsted’s Chief Operating Officer, Hannah Abend.

“We hear plenty of negativity already about the United States perhaps not meeting its offshore targets – and it might not – but what if it meets 90 or 95 per cent of its target?!”, she added. “That’s still a colossal achievement that would be a massive boost to jobs, the industry and decarbonizing the planet. I call that ‘positive’ – with Wood Thilsted’s early project engineering through detailed design work on course to play a huge role in the growth of America’s offshore wind industry”.

‘Wood Thilsted has the distinct advantage’

Abend cited three fundamental drivers for design of offshore wind farms: marine conditions (metocean), wind conditions (atmosphere, energy production) and soil conditions (seabed and ground properties) – stating that Wood Thilsted has the distinct advantage – unlike others - of having brought these key skills together in an optimised approach that offers an unrivalled competence.

“After some false starts, America’s offshore wind industry is about to spring out the blocks at full pelt”, says Abend. “We are rapidly partnering with numerous important organisations on everything from US licensing and permits to how best to tackle the challenge of the suitability of ports, transportation, installation and servicing. We’re a young company, but our expertise is going to put us at the heart of offshore wind in the U S”.

More in this category: « SCA and St1 enter joint venture to produce and develop liquid biofuels TotalEnergies and Safran Create a Strategic Partnership to Accelerate the Decarbonization of the Aviation Industry »
back to top