Is green energy an answer to Bitcoin's carbon emissions problem?

Cryptocurrencies have set the internet ablaze and quickly garnered the attention of some big shots over the last year. Elon Musk, the CEO of one such company, has also admired Bitcoin but from afar. Citing Bitcoin’s high carbon footprint, the tech icon delayed his plans to accept Bitcoin as a form of payment, highlighting a major issue surrounding cryptocurrency.

The need for greener cryptocurrency has never been more pronounced than now. The heavy carbon footprint of cryptocurrencies has borne concerns regarding the effect of their intensive usage on the environment.

The culprit here is not the cryptocurrency itself but the technology underpinning its transactions, known as the blockchain. Blockchain technology is an integral part of the crypto world. Its central function is to maintain a ledger of all transactions and ensure that a transfer between parties is secure.

While the significance of blockchain technology in the cryptocurrency market and other industries is quite evident, carbon footprint concerns associated with Bitcoin mining cannot be overlooked. To put things into perspective, estimates from a well-known platform Digiconomist suggest that one Bitcoin transaction generates carbon dioxide equivalent to about 1.79 million VISA transactions. In the given scenario, cryptocurrency enthusiasts have been compelled to seek low-energy solutions to the problem. 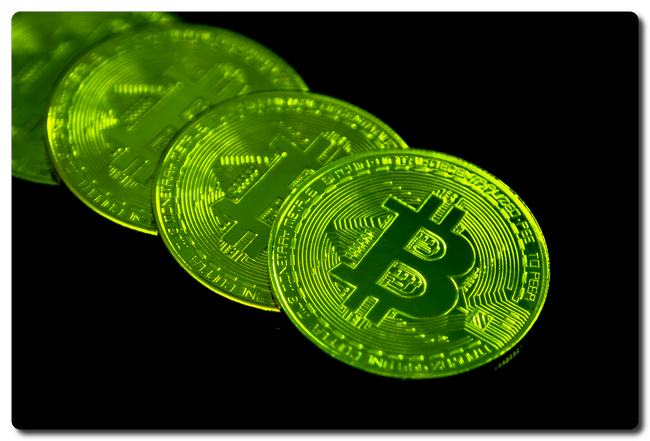 GOOD READ: Bitcoin vs Gold: Is “Digital Gold” better than the real thing?

A step in the right direction

Most crypto mining companies have resorted to greener energy methods to counteract the high carbon footprint caused by cryptocurrency mining. Interestingly, data released by the Bitcoin Mining Council (BMC) revealed that more than two-thirds of the membership have switched to low-emissions energy sources.

Additionally, many businesses have embraced the concept of carbon offsets to battle climate change. Under this practice, companies hire third parties to reduce the carbon emissions released by them as a counteractive measure against environmental concerns. Distributing the load of offsetting emissions on third parties is a unique yet viable solution to the problem.

However, these measures might not weigh equally against the rising emission levels in the long run. Thus, companies must constantly evolve to provide environment-friendly technology without compromising on the consumers’ experience. Those behind the Ethereum technology have taken one such push in the right direction.

As per Digital Currencies Governance Group, the second-largest cryptocurrency Ethereum left a carbon footprint less than half that of Bitcoin in mid-2021. In a bid to go greener, the cryptocurrency may soon move to a quasi-lottery-based reward structure that rewards Ether holders with more tokens. Effectively, this reward-based system would remove the need for a block-building method that uses relatively higher levels of energy with more complex calculations.

In the new lottery-based structure, known as the Proof of Stake (PoS), only those Ether holders who are known to have a concentrated amount of tokens would be awarded the major chunk of the rewards. Thus, holders with a bigger share are more likely to win greater prizes.

At this point, when the crypto market is buzzing with a heavy influx of new entrants, appropriate policy measures might be a robust solution to the pressing issue of climate change. However, those against any kind of authority takeover in the crypto market would consistently look for solutions within the closed framework.

While the Proof of Stake system could provide some respite to the ongoing pressure, not all cryptocurrencies may be open to such a drastic functional shift. For instance, the PoS system may not see daylight in the realm of Bitcoin, where renewable energy sources are already in place. The world’s number one crypto token has denied involvement in any plans to switch to the PoS system. However, experts argue that Bitcoin might be pressured into adopting the new framework as more and more currencies warm up to it.

Interestingly, the fight to go green does not end at just individual private legislators of cryptocurrencies. Lawmakers in the EU have proposed green amendments in crypto bills, introducing a plan called Regulation on Markets in Crypto-Assets.

What lies ahead for crypto players?

While it is certain that crypto players would require some time to shift to newer forms of energy, one can expect the coming months to be shaped by changing trends in the crypto playfield. Given the increased push by global organisations to embrace greener production methods, crypto giants may soon have to devise a new strategy that aligns with the global efforts.

Even if adopting a new functional method is not viable, miners may now be compelled to choose from either implementing renewable energy sources or carbon offsetting to stay in business. Additionally, many new cryptocurrencies might enter the market in the coming months, making greener standards for companies to abide by.

In a nutshell, the crypto industry’s success has primarily stemmed from its deregulated structure which may change once climate preservation laws come into play. However, given the heavy popularity of cryptocurrencies, it is difficult to estimate the extent to which crypto miners would budge with authoritative laws that can change the customer experience forever.

More in this category: « Rayonier Releases 2020 Sustainability Report and Updated Carbon Report University of Konstanz successfully takes legal action against patent infringements in the field of solar cell production and wins initial case »
back to top