Automation expert, COPA-DATA is expanding its technology offering to provide digitalisation software to small breweries. The software developer, which launched its automation platform zenon back in 1987, has long assisted in the digitalisation efforts of food and beverage manufacturers worldwide. Now, COPA-DATA UK will support the growing number of small and microbreweries in the UK with a bespoke technology offering for brewers.

Britain’s brewing industry has changed drastically in the last decade, with independent, small and micro-sized brewers enjoying sizable growth. According to the SIBA British Craft Beer Report 2020, this shift can be attributed to consumer demand for craft beers from independents rather than large and global manufacturers. 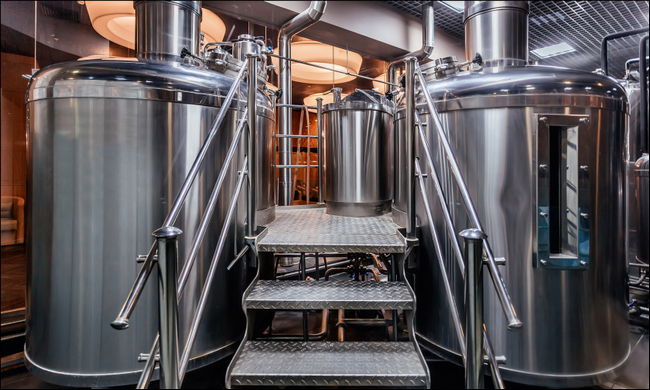 To support small brewers in an increasingly saturated market, COPA-DATA’s zenon for breweries has been developed to help them compete in this arena and also solve some of the common challenges breweries face. Using COPA-DATA’s digitalisation and manufacturing expertise, these pain points focus on using data to manage operations, handle recipes and apply data to production.

“zenon is the ideal software choice for small brewers with big goals,” explained Martyn Williams, Managing Director of COPA-DATA UK. “The platform can be used to manage all data produced in a brewing environment, including energy management, security and recipe handling. As an intuitive platform, zenon allows users to create and execute new recipes, including beer types and new products, in a completely flexible way — without changes to hardware and machinery and no previous experiences or competencies required.

“Crucially, zenon allows maximum flexibility and can adapt to the needs of the brewery. As a fully scalable platform, zenon can support brewers with small projects, or grow with the business and form part of a complete software solution,” continued Williams.

“In the most highly scaled example, zenon can be deployed as a complete automation package for brewing and beer production, as well as the site’s enterprise technologies and even the building management system (BMS). In fact, this is exactly how zenon operates for users in largescale manufacturing facilities, of which we have long supported food and beverage, pharmaceutical and automotive manufacturing organisations.”

As part of the new offering, COPA-DATA promises to support small brewers to gain a competitive advantage. Using zenon, breweries can enjoy shortened time-to-market and insight on how to improve production through real-time data.

The platform’s data collection processes can also support with effective batch control, delivered in accordance with ISA-88, a standard for equipment and procedures related to batch production. Similarly, zenon’s real-time data collection and analysis allows brewers to identify problems in production as they occur, with a Process Recorder module available to review historical errors in production.

To find out more about COPA-DATA’s offering for brewing, download the brochure here.

COPA-DATA is an independent software manufacturer that specializes in digitalization for the manufacturing industry and energy sector. Its zenon® software platform enables users worldwide to automate, manage, monitor, integrate and optimize machines, equipment, buildings and power grids. COPA-DATA combines decades of experience in automation with the potential of digital transformation. In this way, the company supports its customers to achieve their objectives more easily, faster and more efficiently.
The family-owned business was founded by Thomas Punzenberger in 1987 in Salzburg, Austria. In 2020, with more than 300 employees worldwide, it generated revenue of EUR 54 million.